Links to Other Systems in the Region

Below is a list of our most popular fares.

PSTA invites you to experience Real Time Bus Information. The system works with GPS technology and allows PSTA to pinpoint each vehicles exact location at all times. This means we can provide reliable, real-time departure information to passengers.

AVA is introducing the cutting-edge technology of Autonomous Vehicles to Pinellas County, starting with the Downtown Waterfront of St. Petersburg. 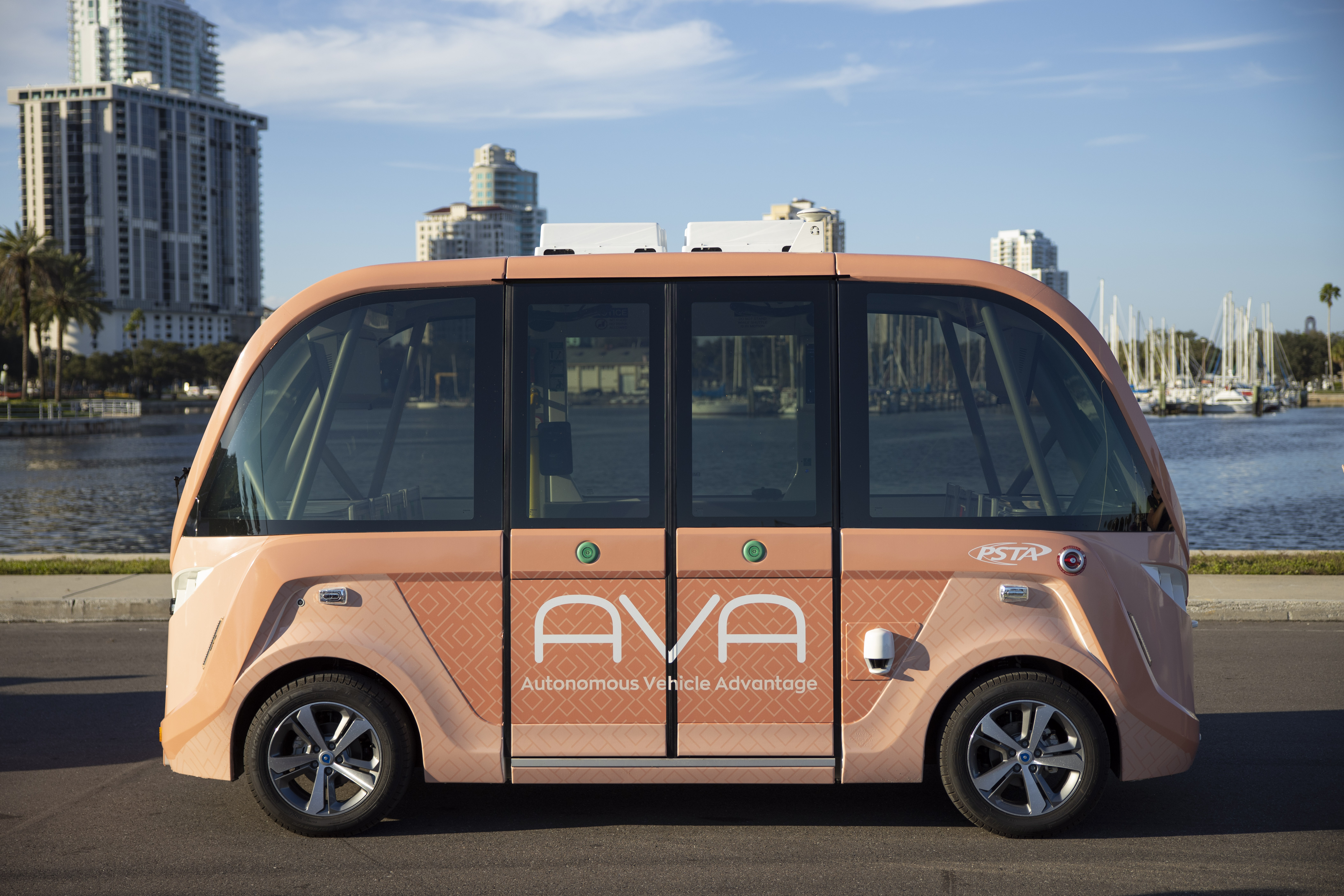 We invite you to hop aboard and join AVA! Embark on a smooth ride set with the stunning waterfront views Bayshore Drive has to offer while AVA connects you to must-see attractions, from the Dali Museum to the Iconic Vinoy Renaissance.

AVA is introducing the cutting-edge technology of Autonomous Vehicles to Pinellas County, starting with the Downtown Waterfront of St. Petersburg. PSTA has partnered with Beep to bring our riders the first autonomous vehicle in the Tampa Bay Area to share the road with personal vehicles.

During her three-month pilot, AVA will be looking to gain feedback on how the community feels about the possibility of using Autonomous Vehicles as a transit option in the future.

Similar to PSTA's policy, passengers and attendants onboard AVA are always required to wear a mask. Beep has implemented several processes and procedures in light of COVID-19. AVA's copilots undergo a temperature check before the start of every shift and are required to wear masks when on board.

Disinfecting wipes and hand sanitizer stations are available on AVA for copilots and passengers to use. We ask passengers to use the hand sanitizer before boarding AVA and buckle their seatbelts. We have enhanced our cleaning procedures while AVA is in service and at the end of the day. We have also reduced the seating capacity on our shuttles. Passengers will notice a color-coding system onboard to provide visual cues where related passengers, unrelated passengers, and wheelchair companions should sit.

There are many benefits of riding in an Autonomous Vehicle, like AVA, over most traditional vehicles. AVA is less driver errors, is better for the environment, and has the potential to provide greater connectivity for riders.

With the use of LiDar sensors, AVA has more eyes on the road than a human driver possibly could. This results in safe transportation for riders, and other vehicles on the road.

AVA is 100% electric. Using electricity generated from a power plant burns less fossil fuel and is more efficient than generating power / fuel for personal use (i.e., the internal combustion engine on a vehicle). AVA can drive for 9 hours on just a few dollars of electricity. In addition, fewer moving parts means less environmental impact due to reduced maintenance and AVA has no consumable fluids onboard, like oil or engine coolant, that can harm the environment.

In the future, autonomous vehicles such as AVA could be used as a permanent circulator service or a first mile / last mile solution to areas not served by PSTA’s network. This would help to alleviate traffic congestion around downtown areas.

Why did PSTA launch the AVA Pilot?

PSTA is always looking for innovative ways to help safely connect people to places. As autonomous vehicle technology is becoming more advanced, PSTA is exploring its potential use in Pinellas County. During her three-month pilot, AVA will be looking to gain feedback on how the community feels about the possibility of using Autonomous Vehicles as a transit option in the future.

What makes AVA different than other autonomous vehicle programs?

AVA is one of the first autonomous vehicle programs in the state to operate in mixed use traffic, on an open road next to other vehicles.

Why did PSTA choose to partner with Beep?

PSTA decided to partner with Beep due to their experience operating autonomous shuttle technology throughout Florida. Beep is also the exclusive dealer and operator of AVA's manufacturer, NAVYA, in Florida.

How did PSTA identify the area for testing?

PSTA together with the City of St. Petersburg decided that Bayshore Drive would be the best route for the AVA pilot due to its connectivity to transit services such as the Downtown Looper, PSTA Service, and the Cross Bay Ferry.